The History of Tea

Tea -cha- wasn’t originally called cha, it was shu and jia. According to legend, it was discovered when China’s mythical first emperor Shennong “tasted all kinds of herbs” and was thus initially used as a medicine. After a long process of evolution, and improvement and refinement by many people, the tea we know today eventually came into being. China’s tea culture began to develop in the Tang Dynasty and during this period Lu Yu’s “Cha Jing” and Chan Zong’s “Chi Cha Qu”(Gone to drink tea) novel were written Chinese tea also crossed the sea to Japan, laying the foundation for the Japanese tea way that was to develop.

In ancient times Shennong tasted numerous herbs to find which could help mankind and, in the process, he was even poisoned many times in one day. However, he ate tea leaves so was saved. Although this is a legend, however, it tells us that people first began using tea as a medicine. It was only drunk like today starting in the Tang Dynasty. It is said that “Tea drinking began in the Tang dynasty and became very popular in the Song Dynasty.”In the 4-5th Century Chinese tea arrived in Korea (Koryo).

At the end of the 19th Century tea leaves, tea trees and tea varieties arrived in Indonesia, India, Ceylon, Uganda and Malaysia and other countries. The flower of China’s ancient tea culture could be said to have bloomed all over, displaying a special Chinese cultural elegance in most corners of the world.

Today tea has become a daily necessity for people all over, giving rise to the saying “After a day without tea you feel lethargic, after three days you become ill.” From its invention to use tea has a long history. It is so popular because it make a pleasant drink and also because it is healthy and has certain curative properties. 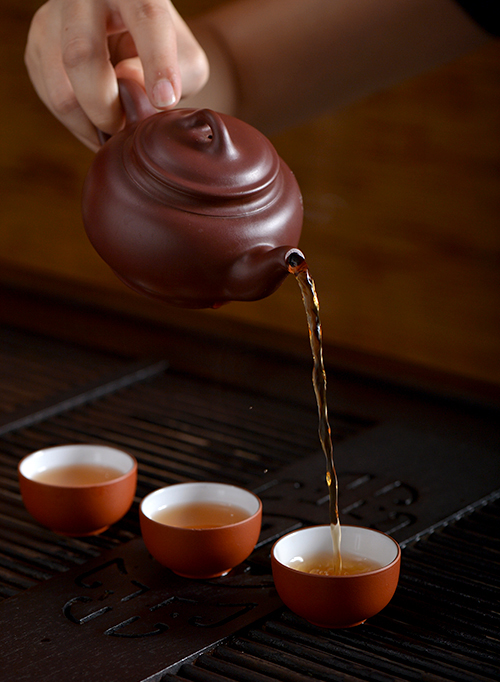