Oolong tea is native to Fujian Province, China, and is a semi-fermented tea. It is said that in the 18th century a young man named “Su Long” put some newly-picked tea in a basket and carried it on his back as he hunted in the hills. When he went back home he was distracted by other matters and forgot about the tea and was surprised to find that the next day the tea was emanating an unusual and pleasant aroma. He and his wife carried out trial after trial and found that using the “yao qing”(Gently tossing leaves to bruise the edge of leaves to create more contacting surface for oxidation) process the tea, that had a better taste when prepared using existing methods, being much sweeter and more fragrant; he showed his neighbors the method of making tea. Oolong tea was thus named because Oolong sounds like “Su Long.”

Oolong tea is semi-fermented, tight and solid in appearance; it is magenta in color so it is also called “green tea”. After brewing, the leaves are green and it is called “the tea with green leaves and red edges.” The color of the infusion is dark brown; it has a natural flower fragrance and a full heavy flavor with a distinctive aftertaste. 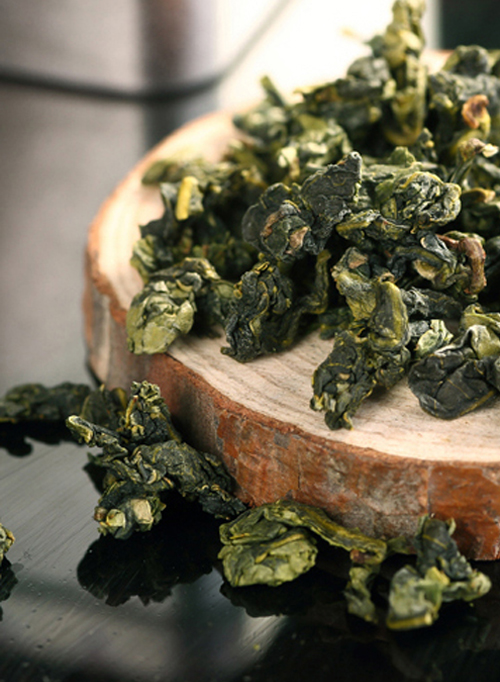